A note about availability
Quarterly data is published by the FDIC and NCUA approximately one month after the data is filed by each institution. As such, “availability” dates approximate as March 1st, June 1st, September 1st and December 1st.

Disclaimer:
The material contained in this report has been obtained in its entirety from FDIC & NCUA databases and is reported to you as a service of The Navis Group. We have focused the data principally on retail banks and credit unions and have deleted information on special purpose banks and credit unions. Our firm is not responsible for the accuracy & completeness of the content. Should you find a discrepancy please feel free to call us at (978) 495-0915 or email us at sidon@navis-group.com 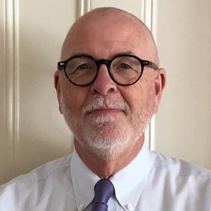 The Navis Group was founded in 2003 by David Sidon, CPA. The Company is a New England based banking consulting group specializing in SOX/FDICIA/COSO, strategic planning, back-office efficiencies, business continuity tabletop testing, organizational architecture, and enterprise risk management.
Financial reporting controls integrity based on COSO guidance with respect to FDICIA/SOX requirements has been the key concentration for Mr. Sidon over the past decade, with more than ​40 such projects completed, and with about half of those leading to the annual management of the COSO compliance effort. The COSO work has become the signature aspect of Navis’ branding and identity.  Strategic planning is another element of concentration for Mr. Sidon, annually facilitating management and Board retreats and crafting the strategic planning documents emanating from those sessions.

Including freelance consulting work from 1998 to 2003, David has provided consulting services to more than 100 different institutions. The key descriptive word in that last sentence is “different”. Banks may all use checks that are rectangular in shape, but, after that, people, cultures, systems, geography, and complexity all contribute to a rich diversity institution to institution.

Personally, his credentials include a Bachelors degree in Business Administration (Merrimack College, as part of their initial co-op class), a CPA license, and a Masters degree in Finance from Bentley. After 13 tax seasons in public accounting and a brief dabble in private industry as a CFO, Mr. Sidon’s banking career commenced in 1985 as a young director at Gloucester Cooperative Bank. After starting out as the mortgage department (small bank - many hats - one man department) he eventually spent the last three years of his ten year tenure as CEO. In 1996, Mr. Sidon joined a larger commercial bank, Gloucester Bank & Trust, as CIO, running a three bank data center. After the BankNorth signs were installed on the GB&T building in 1998, his consulting career was launched; just in time for Y2K.

David managed Y2K readiness and testing projects for numerous New England banks, but also included work as far away as Guam. One of the interesting aspects of Y2K planning was that investment in banking technology was either escalated or delayed around that fateful and, as it turned out, uneventful date. System searches and implementation project management followed in the early years of the new century.

Mr. Sidon led a team that attempted to form, open and capitalize a de novo bank from late 2001 through June 2003, and although all approvals were attained, capital in the post 9/11 market recession was not adequately available.

In addition to working with client institutions, Mr. Sidon has worked with the Massachusetts Bankers Association and Connecticut Bankers Association on various programs. For MBA, he facilitates a series of CFO forums and Risk Manager Forums. For CBA, as a faculty member of the Connecticut School for Financial Management, he instructs a risk class and serves as the driver of the financial simulation model underlying the school’s capstone resident session. For many associations, he has presented and facilitated ERM sessions and provided COSO-related education... 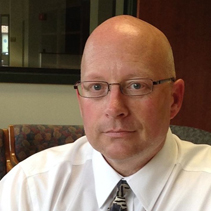 After graduating from Salem State College in 1984 with an accounting degree, Kevin joined the “Big 8” accounting firm of Arthur Andersen & Co., spending time in both the audit and tax divisions before leaving to join a division of ITT/The Hartford Group in Boston as a financial and reinsurance analyst. In 1991, Kevin joined Gloucester Bank & Trust Company (GB&T), where, along the way to becoming the bank’s CFO/Treasurer, he also ran the in-house operations center and was head of human resources. In 1996, Dave Sidon joined GB&T to develop its in-house systems processing excess capacity into a data center serving other financial institutions, beginning a long-standing association with Kevin that continues to this day.

With the absorption of GB&T by Andover Bank then TD BankNorth, Kevin ventured out into the land of entrepreneurship by co-founding with Peter Ferriero Rocky Hill Advisors, Inc. (RHA), a registered investment advisor and financial consulting firm located in Peabody, MA. In addition to its investment advisory and asset management operations for private clients, trusts and other entities, RHA has developed a highly-specialized expert witness consulting practice.

In 2001, Kevin re-connected with David Sidon to ​become part of the core management team and the initial investor group for the formation of a de novo bank – Navis Bank – on Cape Ann, the precursor to the formation of the Navis Group in 2003.

Kevin’s specific banking experience includes asset/liability management and liquidity planning, development of financial models for strategic planning and balance sheet modeling, bank regulatory compliance and investment portfolio management. As well his experience with forensic accounting and his background in audit and as a financial analyst lends itself to the work Navis Group does for its client banks, especially with respect to the FDICIA/SOX/COSO work that has become a mainstay of the practice